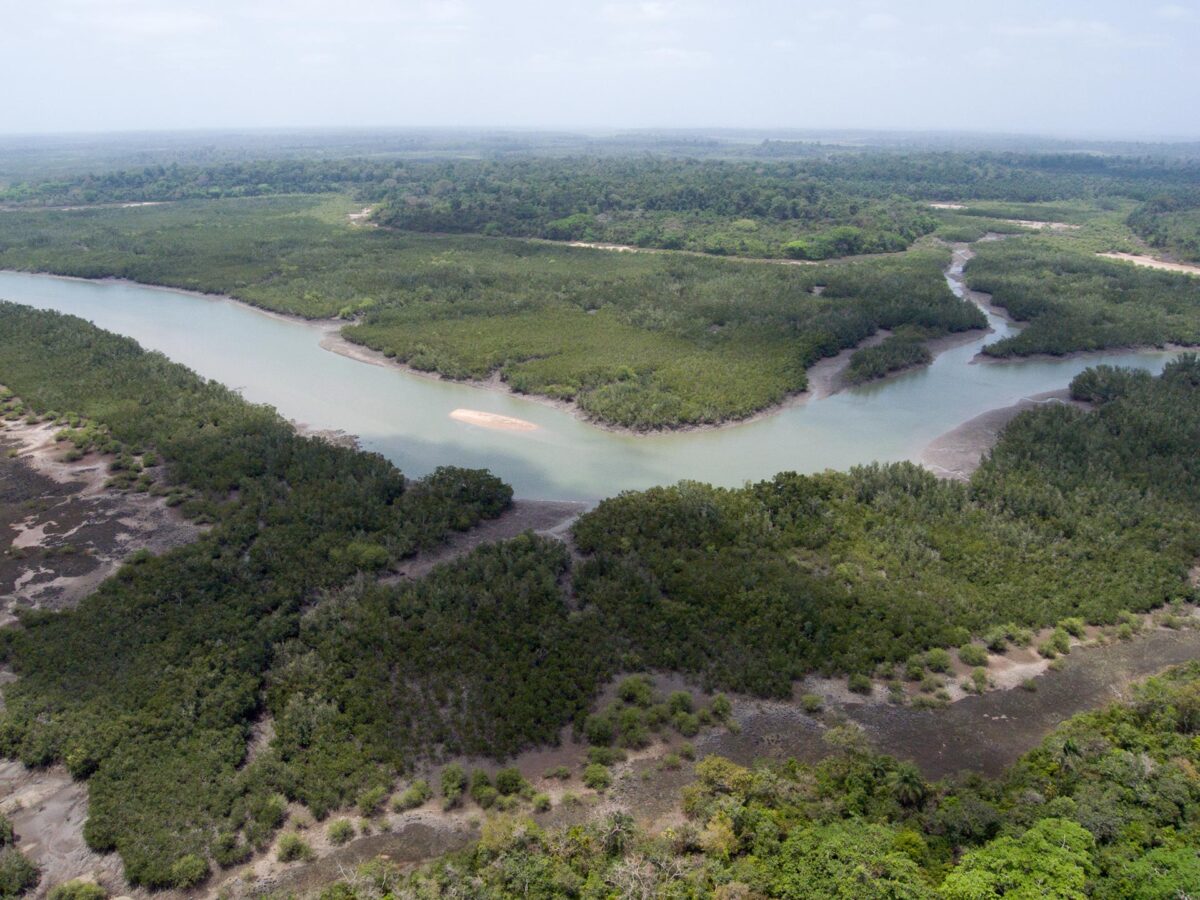 Cantanhez National Park, (CNP) was established in 2008 and covers 1 068 km2. It is located in the south-east corner of the country and borders the Cacine river and the Atlantic Ocean to the east, the Balana river to the north and the Cumbijã river to the west. The Park is rich in animal biodiversity, with several species of monkeys, chimpanzees, baboons, and Temminck’s red colobus (Procolobus badius temminckii), Roan antelope (known locally as Boca-branco), Water Buck (Kobus defessa), and buffalo (Syncerus caffer). CNP includes the last areas of dense sub-humid forest in the country and the farthest extent of this ectone in West Africa. It is characterized by a particularly diverse upper canopy and several species of lianas.