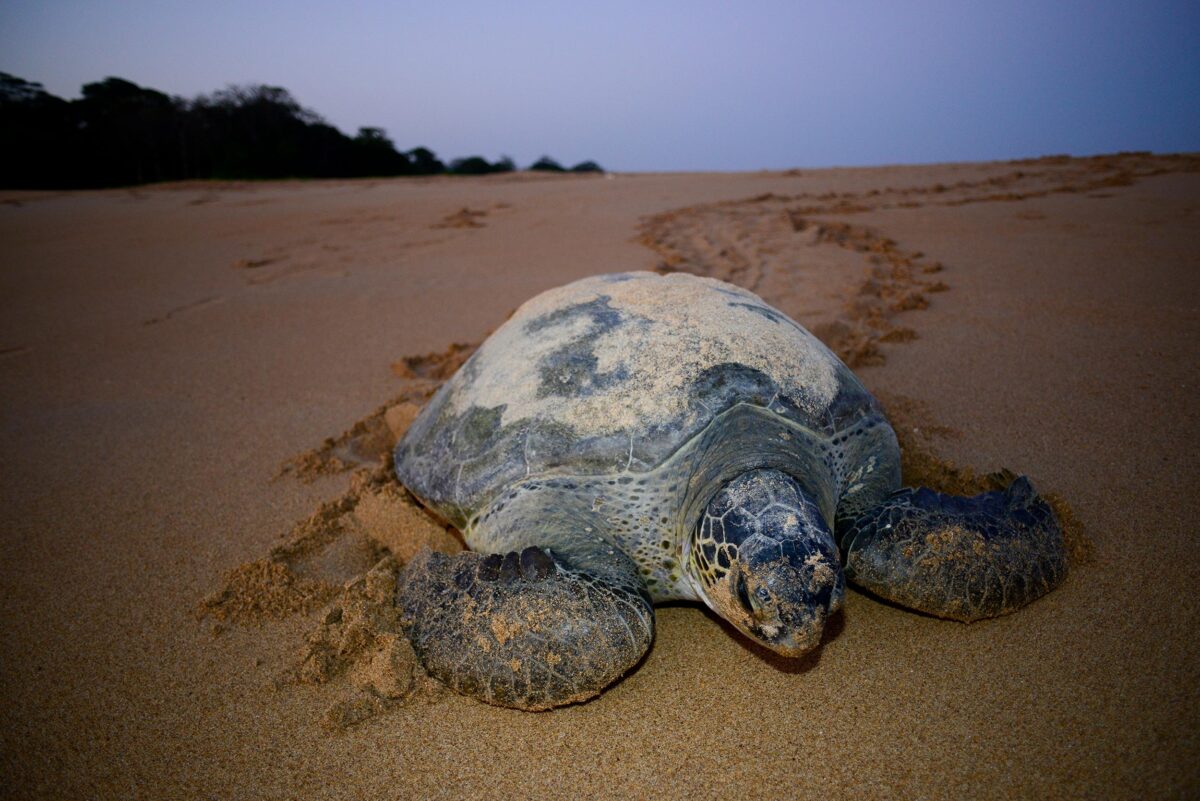 The João Vieira and Poilão National Marine Park (PNMJVP) is one of the most important sea-turtle nesting sites in the world. The PNMJVP was created in August 2000 for complete protection (integral reserve). It is a virtually pristine area of extraordinary ecological value. It is the second most important green turtle (Chelonia mydas) nesting site in the south Atlantic and the most import such site in west Africa. The PNMJVP is located in the extreme southeast of the Bolama-Bijagós region hours away from the mainland by boat. It is one of the core areas of the Biosphere Reserve of the Bolama-Bijagós Archipelago made official by UNESCO in 1996. The park consists of 6 islands; João Vieira, Meio, Cavalos, Poilão, Cabras and Aweto and their respective marine areas, involving shallow areas up to the 10-meter isobath.

The total area of the park is about 49 500 ha, 95% of which is composed of extensive intertidal and shallow marine habitats. In these areas, known locally as the “Baixios de Oliveira Musante” and “das Gaivotas” are particularly noteworthy due to the highly dynamic coastline which radically changes beach profiles of the different islands that make up the park. Key intertidal areas include extensive and highly productive sea grass beds, mudflats, and mangroves.