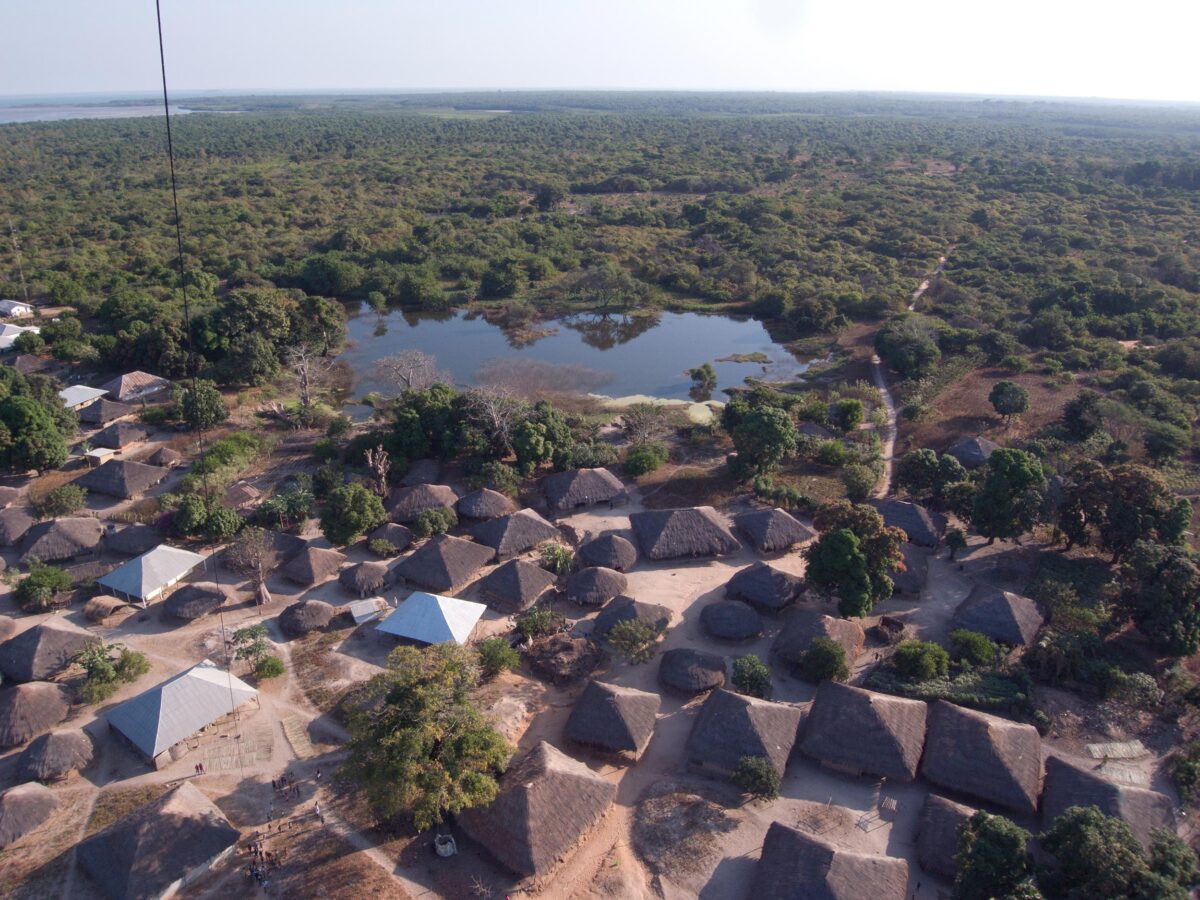 The Orango National Park (PNO), created in 2000, is located in the extreme southwest of the Bijagós Archipelago. It is one of the core areas of the Biosphere Reserve in recognition of the intimate relationship between the resident population and the surrounding biodiversity which has evolved over the centuries. The Orango complex is composed of five islands (Orango Grande, Orangozinho, Menegue, Canogo and Imbone) and three islets (Adonga, Canuopa and Tanhiba), occupying an area of 1 582.4 km2. It currently includes 33 villages, with an estimated population of 3,369 inhabitants, mainly of the Bijagós ethnic group. It is home to internationally important mammal, reptile and bird species including Caspian terns (Sterna caspia), grey-headed gulls (Larus cirrhocephalus), the Senegal parrot (Poicephalus senegalus), and the endangered gray parrot (Psittacus erithacus timneh). The park is also home to populations of hippos who, unlike their fresh-water relatives elsewhere, love the ocean. The park is also home to several species of monkeys, African mantees, and several species of reptiles, including endangered sea turtles. Of the seven species of sea turtles that exist in the world, five of them frequent the beaches of the PNO.