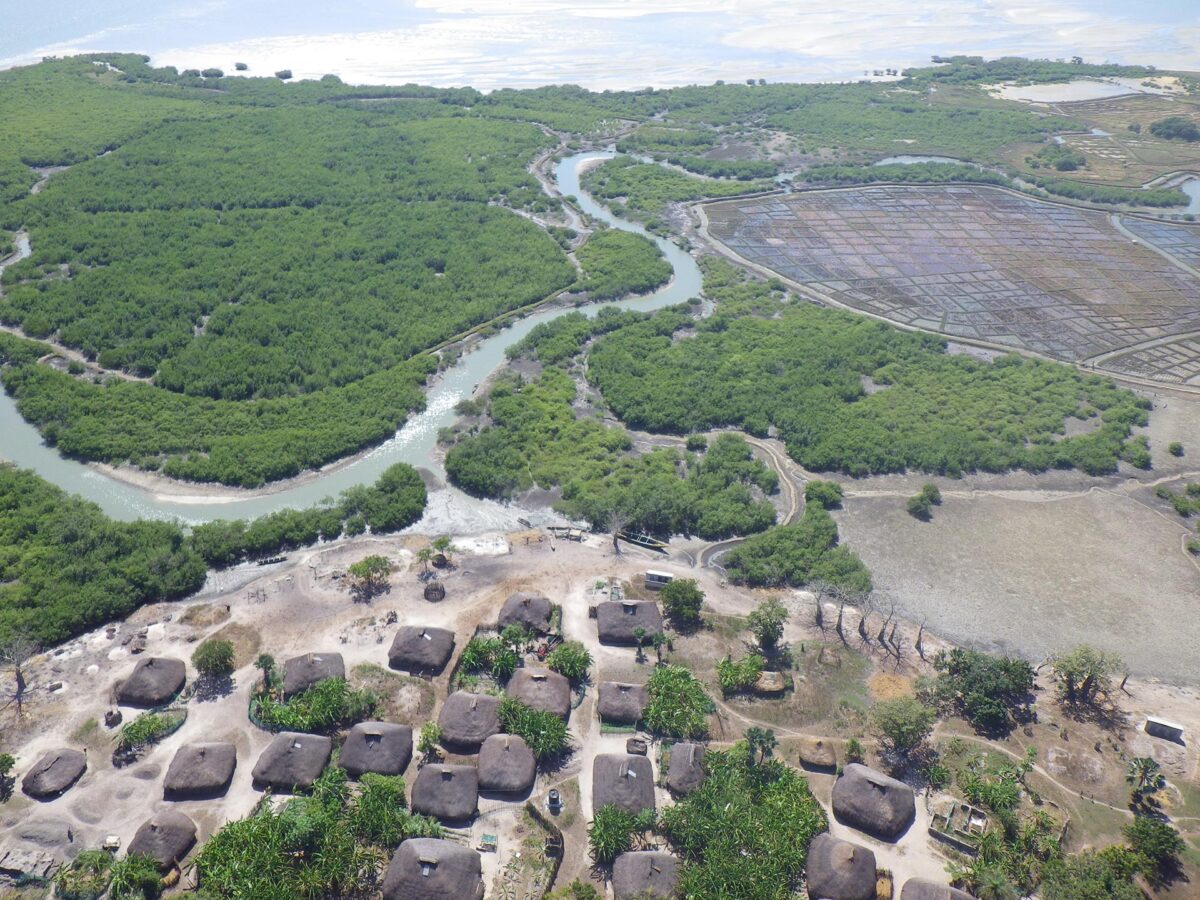 The Parque Nacional de Tarrafes de Rio Cacheu (PNTC), created in 2000, is located in the Cacheu Region, with the towns of Cacheu, São Domingos and Suzana having direct influence on resource management. The total area of the park is 886 km2, of which 48% is covered by the largest continuous block of mangrove in West Africa. The park’s unusually high diversity of plants and amimal species is linked to its different soil types including ferralsolos, luvissolos, gleissolos and arenossolos. Gleissolos predominate in the lower areas, which are flooded at high tide and populated by mangroves. Ferralsolos dominate the upland areas, where the natural vegetation is predominantly open forest and palms. The average annual rainfall varies between 1 500 and 2 000 mm, with the rains occurring from June to November, with a peak in August. The average annual temperature is between 26 and 27ºC, with the highest average temperatures occurring in April-May.